UPDATE ON THE IVORY DEBATE 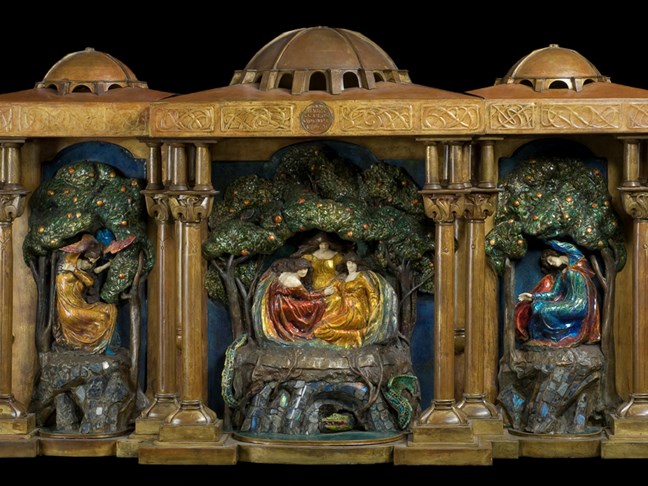 Image: Overmantel: The Garden of the Hesperides by Alexander Fisher, 1899-1900 (©National Museum of Scotland)

Members will doubtless have followed the unfolding debate about works of art made of or including ivory, and the issue of trade in ivory was outlined in our Newsletter No. 113. On 3 April, Environment Secretary Michael Gove published the Government’s reaction to its consultation.

There are some broad exemptions to the government’s tighter restrictions, which we can argue go further than is necessary to achieve the universally supported aim of stamping out illicit trade in poached ivory.  A satisfactory workable system may evolve, but much will depend on the final legislative wording. The exemptions include:

Why the limit of 20% for musical instruments and only 10% for works of art?

This exemption will allow would-be museum benefactors to continue collecting. However, more work needs to be done during the drafting process to clarify the definition. Many modest works from antiquity to the 1940s inform and educate about aspects of cultural history. The 100-year rule lacks logic.

Art and design from 1850 to the present, the specific territory of the Decorative Arts Society, includes many designers and makers who used ivory at a time when the source was not threatened. Although the number of works affected by the ban will be small, figures such as Emile-Jacques Ruhlmann, Richard Garbe and Eric Gill will suffer. As the prospect of primary legislation at Westminster moves forward, this is a subject that we should watch.