The origins and history of the Decorative Arts Society, which was founded in 1975. 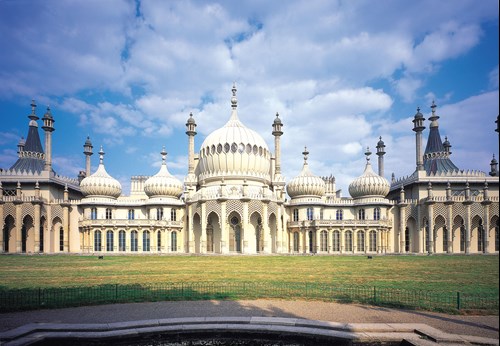 The Decorative Arts Society was founded in 1975, in part to meet the need for a disciplined, scholarly approach to research and education about the applied arts allied to architecture, from the time of William Morris and the development of modern design. The original dates fixed for the Society's period of interest - 1890 to 1940 - were extended a few years later, and became from 1850 to the Present.

The Victorian Society, set up in 1958 as an active campaigning organisation to preserve and promote buildings of the Victorian and Edwardian period, was flourishing. The Twentieth Century Society (founded as the Thirties Society) would be established in 1979, to safeguard the later architectural heritage of Britain from 1914 onwards. The Decorative Art Society was complementary to both organisations.

John Morley had been appointed Director of the Royal Pavilion, Art Gallery and Museums of Brighton in 1968. Soon afterwards he met the artist and collector, Martin Battersby, whose ground-breaking publications on Art Nouveau (1969), and Art Deco; The Decorative Twenties (1970) and The Decorative Thirties (1971), helped rekindle interest in early twentieth-century design. Their shopping expeditions to Paris resulted in ‘The Jazz Age’, a memorable temporary exhibition held at Brighton Museum in 1969, as well as important acquisitions for the Decorative Art collections. Jessica Rutherford, appointed Keeper of Decorative Art in 1974, was tasked with setting up the Decorative Arts Society under the umbrella of the Friends of the Royal Pavilion and Museums, and became Secretary of both organisations.

The Society was awarded charitable trust status in April 1976. Its Trustees and Governors included Professor Asa Briggs, Vice Chancellor of Sussex University, Lord Elwyn Jones (the Lord Chancellor, who happened to live in Brighton with his artist wife Pearl Binder), Sir John Pope-Hennessy, Director of the British Museum and Dr Roy Strong, Director of the Victoria & Albert Museum. The members of the working committee, recruited to carry out the activities of the new society, were equally illustrious. In addition to Martin Battersby and John Morley (as Chairman), they included Elizabeth Aslin and Barbara Morris from the V&A’s innovative Circulation Department, Philippe Garner from Sotheby’s, design historian and educator Gillian Naylor and J. Stewart Johnson, consultant curator at New York’s Metropolitan Museum of Art.

In its remit to explore and promote decorative art and design, the Society arranged visits in the United Kingdom and abroad, to key cities, buildings and private collections. Among the exciting early trips abroad was one to the Palais Stoclet in Brussels, where Jessica remembers being served coffee from a Hoffman service by Mme. Stoclet. The Society also hosted seminars and conferences and undertook to publish new research. Finances were very stretched in the early years so a special charity auction was held in December 1977 at Sotheby’s Belgravia, under the hammer of Philippe Garner, in order to make possible the publication of the first issue of the Journal (originally called the Bulletin).

Since 1991 the Society has been run as an independent charity without premises. Most of the administration and organisation of events is carried out by volunteers, with some limited payments of honoraria. The annual Journal has increased impressively in size and in production standards, and since 2014 a programme of grants to museums and bursaries to curators and students has been developed. This is now funded from the 40th Anniversary Fund, created in 2015.