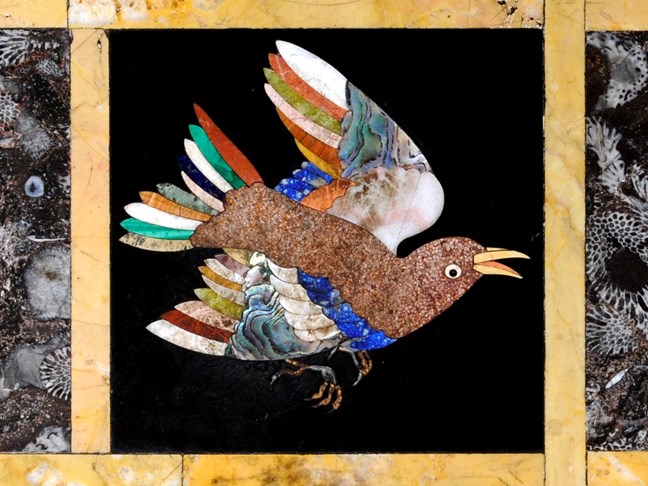 One grant has been awarded to Lotherton Hall, part of Leeds Museums and Galleries, for the conservation of the table designed c. 1867 by William Burges (1827-1881) for his own house in Buckingham Street, London.  The table has a pietra dura top that requires specialist conservation to repair and replace unsightly losses.  The conservation work will also give new insights into the likely origins and dating of the panels and how Burges composed the design of the table and allow a more in depth interpretation of the table to the visitor as part of the celebrations of Lotherton’s 50th anniversary as a public museum in 2019.

The other grant has been awarded to the Kingston Museum, part of the Royal Borough of Kingston upon Thames, to redisplay and reinterpret two of the significant collections held by the museum, the Martinware and other ceramics collected by Ernest Marsh (1863-1945) and the ceramics and designs made by Denise Wren (1891-1979), a student of Archibald Knox.  Taken together these important collections illustrate the beginnings of the studio pottery movement and build on the two successful temporary exhibitions on these collections in 2015 and 2017-18.